When the quality of solar street lights meet the market low price, how should we choose? 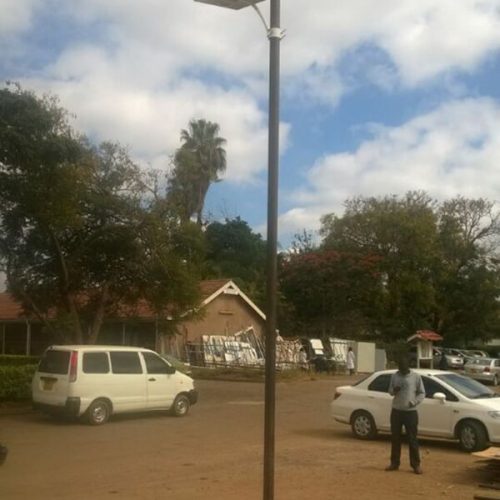 These days, solar power is becoming a powerful alternative energy source for many countries around the world. In fact, solar street lights are being used in several countries to bring light into remote areas that have been without electricity for years. In Bangladesh, solar lighting is being used not only to fight darkness but also to reduce crime and fuel theft.

Bangladesh, with a population of 164 million, is culturally diverse with Islam and Hinduism as the main religions. The economy is currently in a growth phase, with annual GDP growth rates of over 6% since 2011 and a recent high of 7.284% in 2017.

The current maximum demand for electricity is between 4,500 and 5,600 megawatts and is expected to rise to 7,000 megawatts in the next two years. 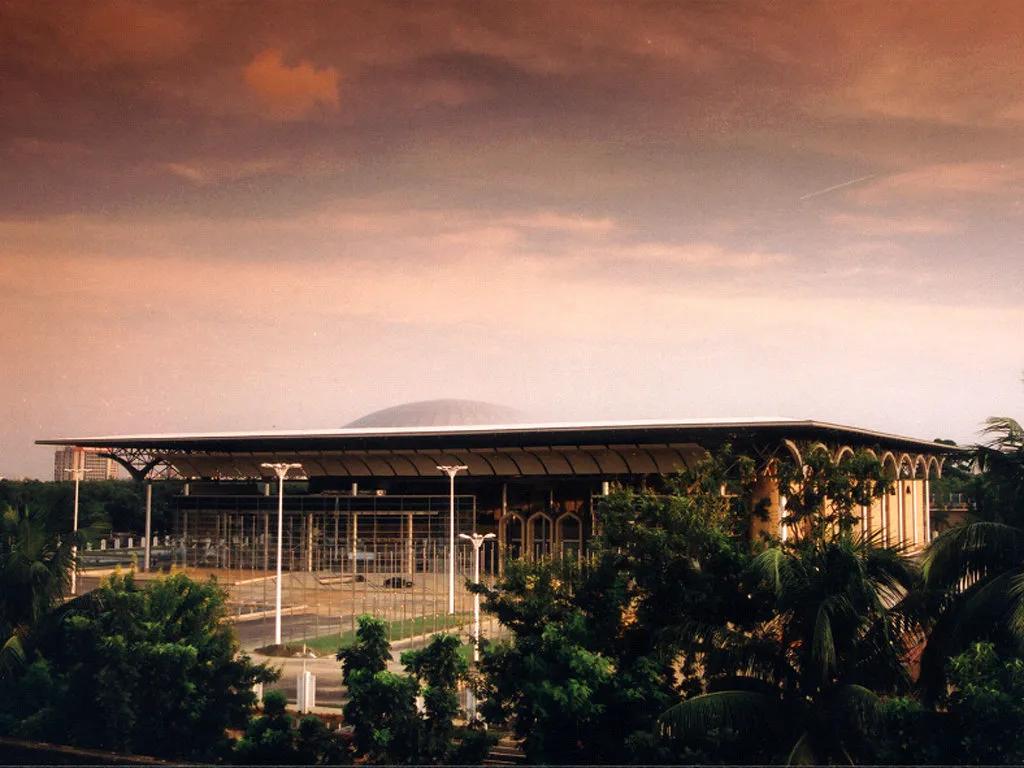 The maximum generation capacity available is between 3,800 MW and 4,600 MW. The demand supply deficit is currently estimated at 2,000 MW.

Due to the power deficit and the current generation capacity, there is a clear instability in the supply of electricity to consumers, resulting in power shortages and therefore necessary power cuts due to load shedding.

Power cuts, gas shortages and low maintenance budgets have led to significant cuts in the utilities and services available to the population, including working street lighting in the country.

Status of street lighting in Bangladesh

The overall planning of the street lighting system is seriously lagging behind, and there is no clear planning, blindly copying the street lighting construction of other cities, making simple imitation and rigid copying, which has resulted in the so-called "one city in a thousand".

In this way, the city's street lighting not only does not bring beauty to the city, but there is light waste, light pollution and other problems.

The lamp control methods in cities nowadays are relatively lagging behind with the current technology. The actual working effect is not good. The maintenance and repair of street lights mainly rely on manual inspection at night, resulting in a large waste of manpower and material resources. And the lighting control of street lighting is generally in series, that is, all light and all off, and can not be controlled according to the actual situation, for energy and the use of the lamp itself will also cause some harm.

The lamp contents for lighting in the city street lights are low in technology and have many problems such as high power consumption, high energy consumption, poor conversion efficiency and serious pollution.

Now the electrical appliances used for the usual relays, ballasts, and lamps for incandescent lamps, fluorescent lamps, high-pressure mercury tubes, and some high-pressure sodium lamps, there is a low light efficiency, electrical function loss, line, electrical loss of more problems. And also contains some components that can lead to chemical pollution. 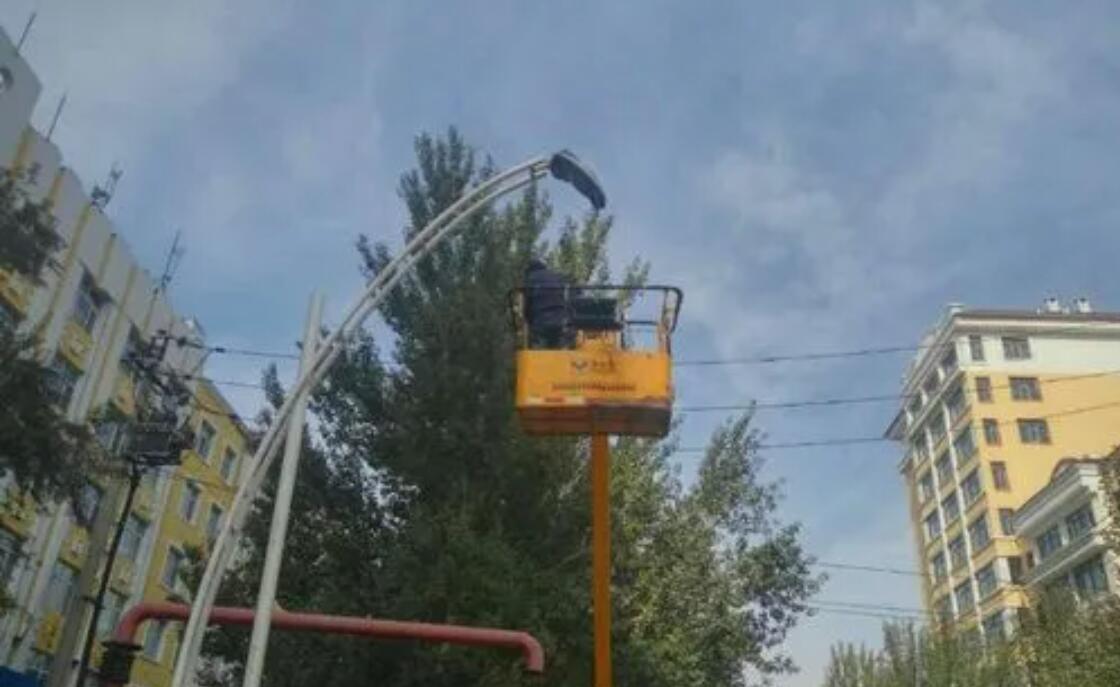 The feasibility of installing solar street lights in Bangladesh

In view of the above problems, so the replacement of old and backward ordinary street lights is imperative, and solar street lights have the following advantages.

1. Solar street lights do not use conventional sources of electricity, which is energy-saving and environmentally friendly, without paying electricity bills. And solar energy is a renewable resource, inexhaustible. Green and environmental protection.

4、The solar street light uses a safe voltage, no danger of electric shock to personnel. 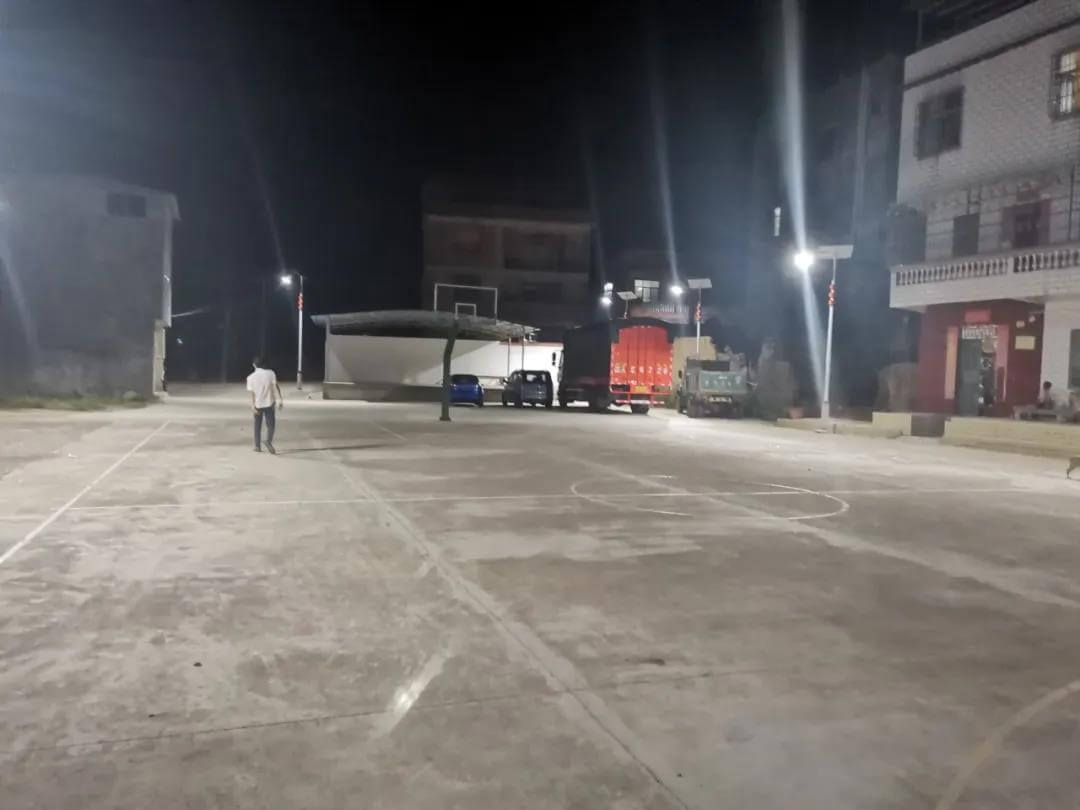 It is estimated that the replacement of solar street lights could save the country 20 megawatts (MW) of electricity per day.

In other words, an additional 10,000 homes could be powered each day, as these solar street lights would all have zero electricity costs, regardless of where they are installed, whether in remote rural areas or where the grid does not reach.

However, due to the price and location constraints of the integrated lights, the split lights are installed in greater numbers. Split lights are more suitable for the Bangladeshi market as they can be oriented to receive more light and are cheaper.

But while price is a concern, quality should also be taken into account. 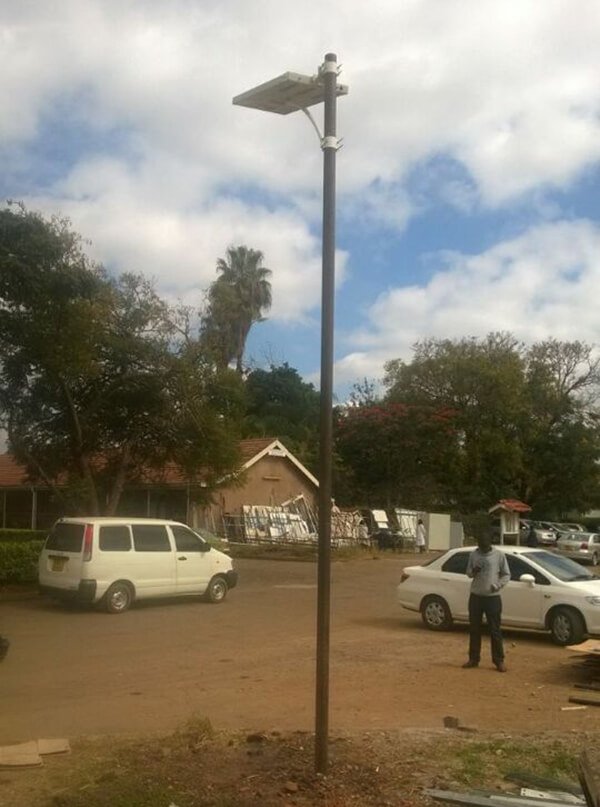 At present there are some companies that cut corners on their products and use inferior solar panels and batteries in order to obtain orders, so that it is difficult to see the quality problems in the early stage, but wait until a year later, the quality problems will appear, the more common is the shortening of the light time, flickering, low charging efficiency of solar panels, and even battery explosion and fire and other bad problems 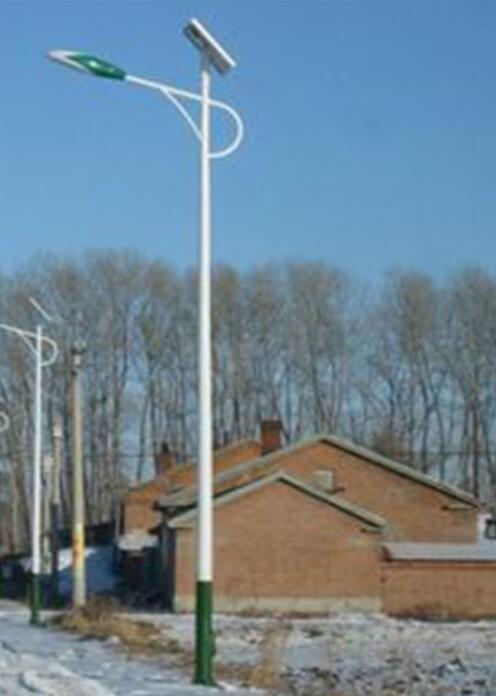 What can we do for solar street light installation in Bangladesh?

We have integrated R&D, production and sales, with nearly 17 years of experience.

We are the only manufacturer who focuses on developing and manufacturing solar street lights in China, with hundreds of varieties of solar pole lights, With professional R&D team, advanced production facilities and reliable quality control system, our products are exported to Europe, America ,Asia etc. more than 70 countries and regions all over the world.

How to transport solar street lights to Bangladesh?

Because of the built-in lithium battery in solar street lights, it is difficult to ship them by air, so we usually ship them by sea.

Bangladesh is located in South Asia and is relatively backward, but there is a lot of export trade, especially in textiles, and they have a total of 5 ports

Among them, Chittagong is the largest and most important port in Bangladesh, 80% of our solar street lights enter the Bangladesh market through this port. 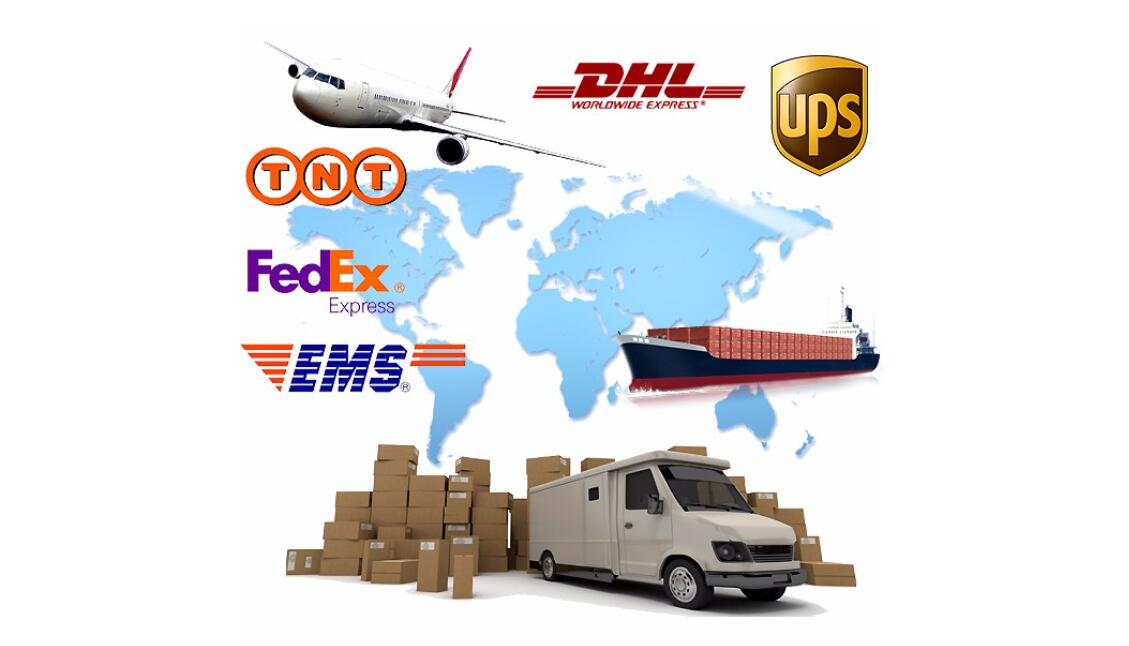 Bangladesh is rich in Solar radiation, with 2,500 hours of sunshine per year and an average daily sunshine output of 4-6.5 kWh per square metre.

In 2020, the Bangladesh Vision 2021-2041 was published, indicating the future direction of energy development. Therefore, this will have a positive impact on the development of solar street lights 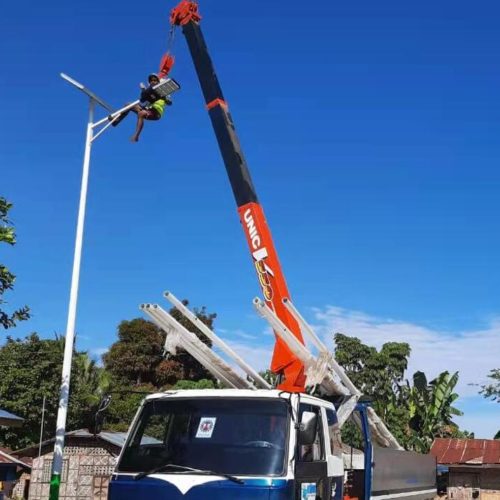 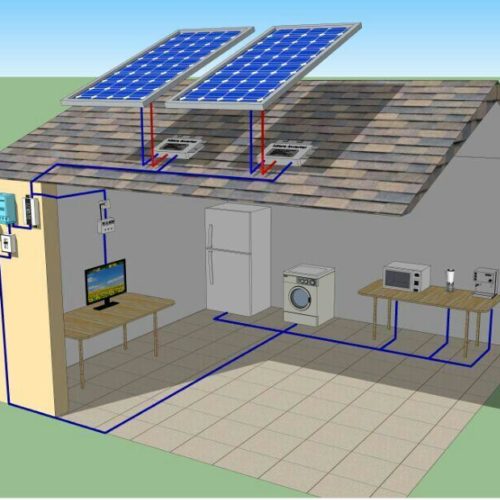 How to choose the right solar cables for your PV system? 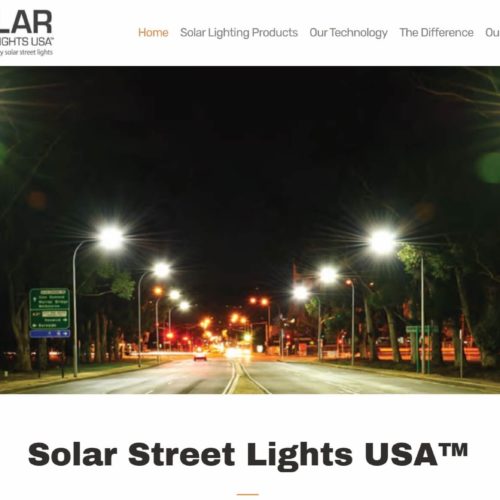